I just wanted to thank the men and a few women who, in our nation’s capital, loyally represent the American people on a daily basis.  Your steadfast resolve to stand by your principles and prevent the debt ceiling from being raised ever higher is truly appreciated. 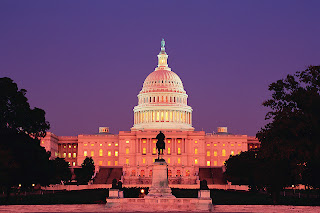 Here's a list of only a few of the many things for which you deserve my thanks.
o   Homelessness 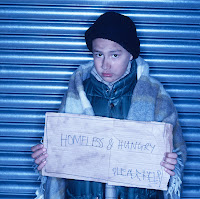 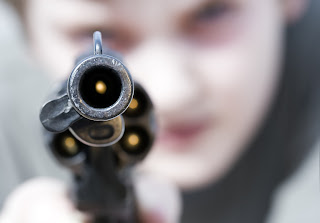 o   Inadequate health care
o   Food and water shortages
o   Decreased longevity
·         Thank you for insuring that I’ll be fortunate enough to work until I reach 70 or 80 years old, or die.  Due to the collapse of our economy and crashing stock market, I no longer have much money in my retirement account, so I can’t possibly afford to retire. 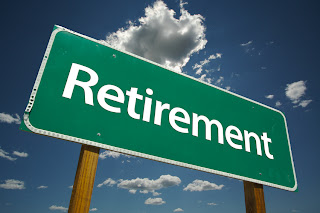 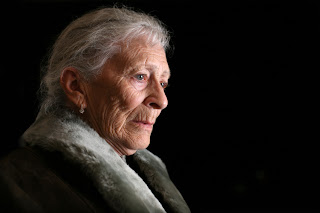 ·         Thank you for insuring the stability of both Social Security and Medicare for future generations.  By forcing the majority of us baby boomers to continue working, it won’t be necessary to pay us the Social Security or Medicare that we contributed to throughout our working lives.
·         Thank you for finally putting an end to our overly consumptive society.  Since we have a smaller income or are dealing with higher prices for everyday staples, we have stopped buying all that unnecessary stuff that clogged our homes and the tens of thousands of storage facilities dotting our towns.  In fact, with empty storage facilities in abundance, maybe they can be used as low income housing for those of us who have lost our homes due to foreclosure brought on by predatory lenders and greedy investors who you were prescient enough to deregulate.
·         Thank you for teaching those of us in the lower 90% that there really is a class system in America.  It was obvious that we forgot our place – in the fields, in the factories, on the assembly line, or cleaning the mansions of the upper 10% of Americans. 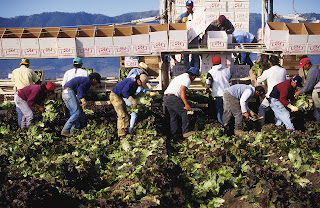 Finally, thank you for making it possible for most Americans to turn to vegetarian diets, thus saving the lives of millions of animals cruelly raised and slaughtered each year for food.  Since most of us can no longer afford to buy the flesh of these tortured animals we are, at long last, eating a healthier diet. 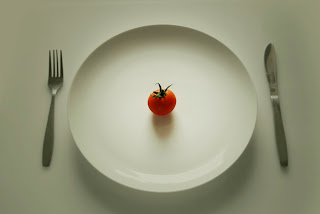 Your hard work on our behalf should be celebrated.  Unfortunately, due to our shortsightedness, you have been subjected to villainous name-calling, threats of retribution and ridicule.  I hope you will be able to forgive us for not understanding the great purpose for which you have fought long and hard.  Thank you for your deep and abiding concern for the well-being of every American, even if we didn’t contribute to your campaign war chests or PACs or even vote for you.  Our stupidity just illustrates how poor our public school systems are and supports your commitment to cut spending to this example of government’s mishandling of the educational system. 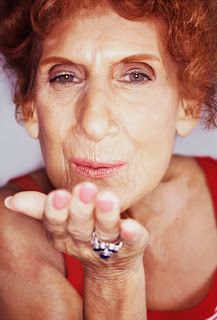 THE TRUTH ABOUT KITTENS… or what my kitten, Cagney, has taught me 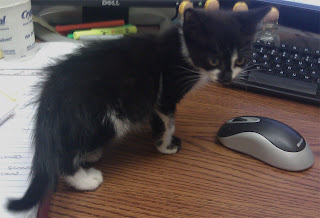 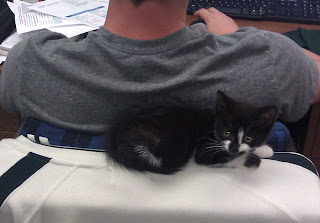 TNR under attack in Mother Jones too

It's always maddening whenever another FERAL CATS ARE KILLING MILLIONS OF BIRDS EVERY YEAR article appears in the print media.  The authors drag out the same old tired "studies" of why cats are to blame for all things bad on the planet:  toxoplasmosis in the ocean killing sea otters, songbirds rapidly declining, eating all the prey so other predators can't compete and so on.  This time, however, was beyond the pale.  I have been a fan of this magazine for over 30 years.  Mother Jones magazine's tag line is  Smart, Fearless Journalism.  From their website, they describe themselves: "Mother Jones is a nonprofit news organization that specializes in investigative, political, and social justice reporting." (http://motherjones.com/about) Yet in the most recent issue's back page, journalist Kiera Butler writes another lame excuse for scientific certitude about bad cats and stupid cat people who practice Trap/Neuter/Return (TNR).

A dear friend emailed me about the story.  It wasn't online yet, but I signed up for their email access here: sign-up for free access.  Once you sign up you can either read it online, download it or print it.  I emailed Peter Wolf, the amazing creator of Vox Felina (Vox Felina) and he put up a well researched, footnoted critique.  If you care about cats and want the ammunition to support your TNR efforts, you MUST READ Peter's blog.

I wrote a letter to Mother Jones (backtalk@motherjones.com), which I'm pasting below.  Feel free to write your own letter and send it off to them.  The more the merrier!

Is there anything cuter or funnier than a kitten?  Cagney, unlike my adult cats, LOVES toys.  She entertains herself with mice, especially if they have feathers.  She tosses the mouse across the floor or stands on her hind legs with the mouse in her front paws.  I can’t help laughing in delight as I watch her play.  It cracks me up when she carries her prey in her mouth and struts across the room.  But, with a house filled with cats, none seem to want to play with her.  So sad.  For a few passing moments I consider getting her a playmate………….but then I come to my senses.  She will grow out of this kitten phase, and I do not need another kitten/cat PERIOD.
I’ve misplaced the instructions for my camera.  I’m sure they are here somewhere, or probably downloadable.  I did a check of my “cat list” and I don’t have a picture of Campbell, Ciji, Cinja, Cora, or Claudia.  Got to add this to my To Do list.
So here are the kitties:
Littermates Cowboy, Crystal & Cho-Sun 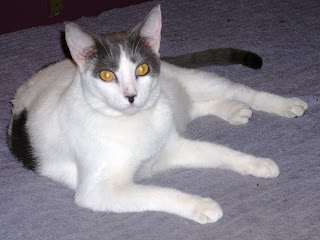 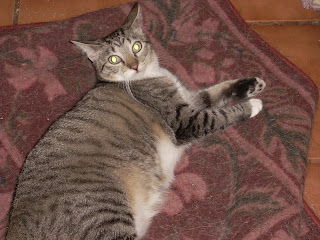 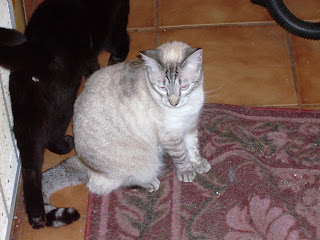 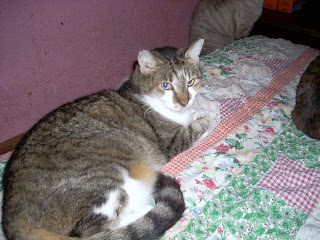 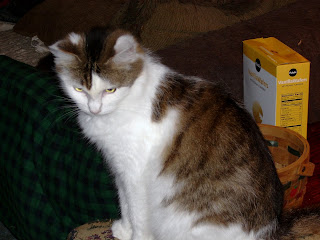 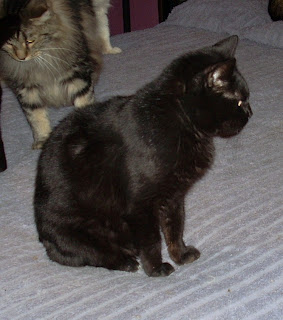 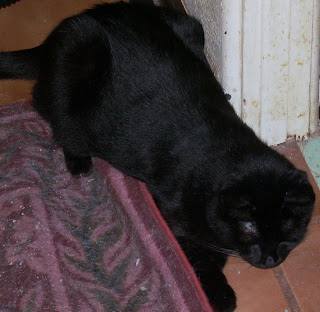 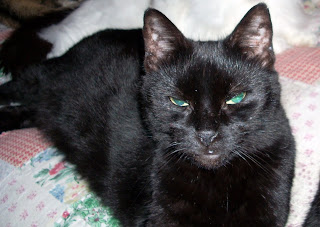 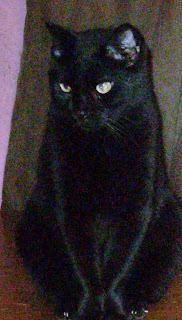 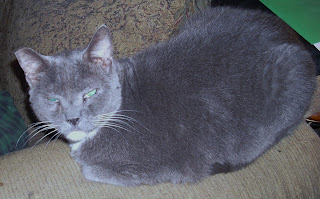 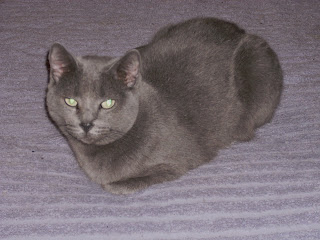 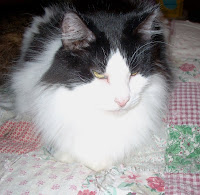 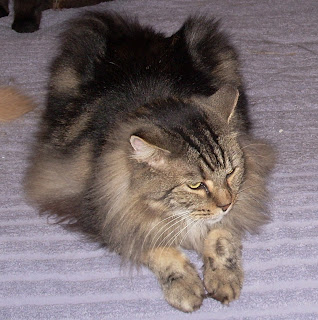 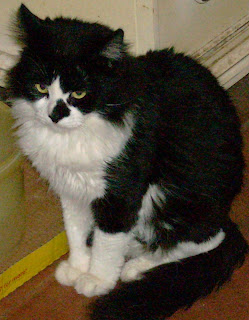 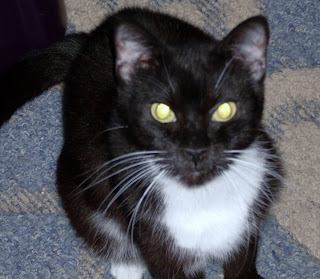 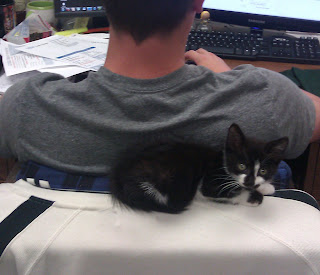 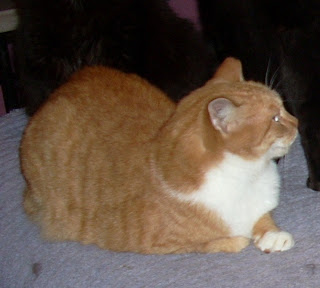 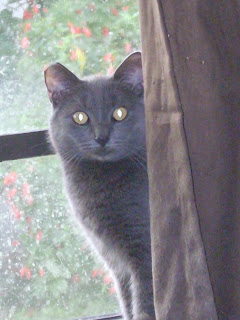 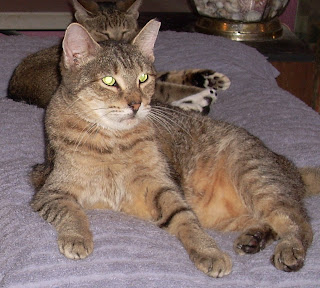 I'll never make a career out of photographing my critters.  You "get the picture" even though they aren't very good pictures.  Trust me, these guys are much more adorable in person.   You might notice some tipped ears.  These were trapped kittens who, instead of being trapped/neutered/returned, were trapped/neutered & remained with me.  Chandler, Connor & Culpepper never tamed.  Crosbie was the first in his litter to tame and then reverted to a semi-feral state. Charm was a fixed feral turned into animal control.  I pulled her out moments before she would have been euthanized.  That was 6 years ago and she's as feral today as she was then.
Posted by Connie, Orlando at 10:25 PM 4 comments: