A cheetah and a dog - friends at Busch Gardens

Watch the video, then read the story here: interspecies friendship .  I'm not a fan of zoos or tourist attractions with animals on display.  This is not an endorsement of Busch Gardens or other facilities like them.  I would like to get your thoughts on this.

Cheetahs, as adults, are generally solitary animals.  I will grant that if there are two male cubs who survive to adulthood, they have been known to stay together once they leave their mother to find their own territory.  In most instances, however, cheetahs are lone predators.

Since Kasi, the cheetah, was not raised with his mother or other cheetahs, I doubt he knows what he looks like.  That said, I don't see any reason why he won't continue to accept the dog as his lifetime companion.  Of course, once Kasi reaches sexual maturity and if he smells some enticing lady scents in the air, his behavior could change.

I don't know for a fact that Busch Gardens does not feed live prey to their predators, but I doubt that they do.  Add to that the fact that feline cubs/kittens are taught to hunt and kill their prey by their mothers, Kasi isn't likely to have much of a grasp on the essentials of hunting, since he never got those instructions.  That should further bode well for this unusual relationship.  Certainly having a companion beats living your life in solitary confinement in a manufactured habitat.  Hopefully, the veterinary staff will make sure that both animals are up to date on routine vaccines.  There are many diseases that both felines and canines share - most notably distemper.

The primary problem, other than the captivity issue, that I have is the segment in the video of the caretaker touching and petting Kasi as if he is a domesticated animal.  That could lead to a tragic incident.  I honestly cannot believe the caretaker did that, especially in front of a camera.

What are your thoughts?
Posted by Connie, Orlando at 5:38 PM 5 comments:

Email ThisBlogThis!Share to TwitterShare to FacebookShare to Pinterest
Labels: animals in captivity

Where once there seemed to be a bright, shining future now all seems dark.  This past week has been one of an inordinate amount of bad, sad, gloomy news. 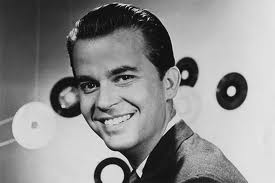 First three icons have died.  Dick Clark’s death was the first announced.  American Bandstand lives in such fond memories of my childhood.  Not all of the new dances those kids in Philadelphia introduced on the show were all that easy for me to pick up.  My father, on the other hand, was a great dancer.  Not in the professional sense, but when he and my mother were young they used to go dancing to all of the Big Bands before “the War”, which was WWII.  I remember my dad teaching me how to do the stroll.  And then there were all of the stars Dick Clark brought on the show.  I fell head over heels in love with Frankie Avalon, Fabian and my personal favorite, James Darren.  Yeah, I really loved those Italian boys.  SWOON! 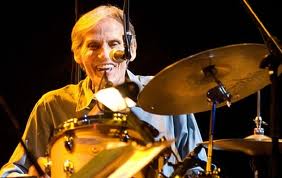 Next was Levon Helm, drummer and singer for The Band.  I really wasn’t a big fan of The Band, although I liked several of their most popular songs.  Way back when, I had purchased their Rock of Ages album.  I played it once and never played it again.  A few years ago I gave it to a young friend, who is a Bob Dylan devotee (not my taste) because I figured she would enjoy it. 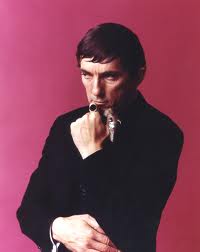 And then yesterday the death of Jonathan Frid was announced.  My mom always said, “they come in threes” when a celebrity death was first announced.  True?  I don’t know.  When you are looking for a pattern, you usually notice one.  Dark Shadows, after so many years, is back in the news because of the impending premiere of the Johnny Depp/Tim Burton movie release.  It is a remake of the late 60s, early 70s afternoon ABC Gothic soap opera of my youth.  I was mad crazy for Jonathan Frid’s vampire, Barnabas Collins.  Dark, brooding, troubled, sensitive and sad – what young girl wouldn’t fall in love?  If you read any of the tributes on the web or in the newspapers, apparently LOTS of young girls did fall in love with Frid/Barnabas and carried that flaming torch throughout their lives.  While it hadn’t occurred to me before reading the posts, many suggested that the character of Barnabas Collins ushered in a new type of vampire, leading the way for Louis from Interview With the Vampire, Angel (oh,my) of Buffy The Vampire Slayer (personally I’m a Spike aficionado) and Edward Cullen of The Twilight series.  I think the authors are correct.  Jonathan Frid’s portrayal of the vampire Barnabas Collins was a new perspective on the age old monsters that previously had only terrified us.  They became romantic figures. 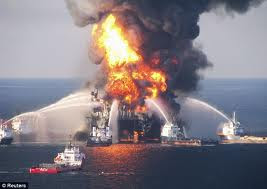 Adding to these sad reports, April 20th was the second anniversary of the explosion of the Deepwater Horizon oil rig in the Gulf of Mexico.  Contrary to Oh, Happy Day! Commercials on TV, all is far from well in the Gulf of Mexico and the states which border it.  The dolphin and turtle deaths on the coasts have seen record numbers.  The nesting sites of most sea birds are either in decline or absent.  Deformed shrimp, fish and crabs are being caught in the Gulf waters.  The people aren’t doing well either, experiencing many health problems.  To read a compilation of the many stories, check out this link:  http://www.nakedcapitalism.com/2012/04/guest-post-the-gulf-ecosystem-is-being-decimated.html 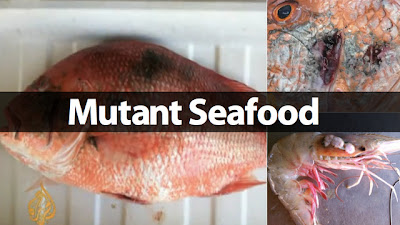 As if that wasn’t enough to drag me to the depths over concern over the very survival of our planet and amazing wildlife who share it with us, I listened to Science Friday on Talk of the Nation.  You can listen to it here:  http://www.npr.org/2012/04/20/151047262/exploring-the-deepest-darkest-spots-on-earth   Hope, maybe.  Optimism, not much. 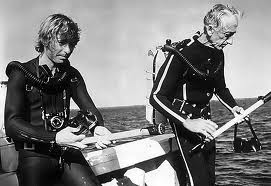 The final thing that brought me to full fledged tears this morning was totally unexpected.  I went on an Amazon buying spree about 2 weeks ago after listening to Terry Gross’ interview with Carole King (give it a listen here:

http://www.npr.org/2012/04/11/150418594/for-carole-king-songwriting-is-a-natural-talent ) .
Maybe I should listen to it again, because it was wonderful, delightful and just made me smile.  But, I digress.  One of the things I bought was The Definitive John Denver Greatest Hits.  Denver, the epitome of sunshine, rainbows and roses, right?  Well, I couldn’t wait for my absolute favorite John Denver song of all time to come on.  Calypso, a song he wrote because of his trip with Jacques Cousteau (the man who opened the world’s eyes to the wonders of the world’s oceans and marine life) onboard Cousteau’s ship, Calypso.  The ocean, John Denver and Jacques Cousteau, two of which are dead and the other dying at the hands of humans, not exactly where I had expected the song to take me.  So instead of feeling transported and uplifted, it was more like a stake in the heart.  The tears just flowed.

Earth Day, the 42nd anniversary, is April 22nd.  Has ANYONE been listening?  Right now, it certainly doesn’t seem like it.  It isn't just about US or our needs and our greed  - it is about ALL life on Earth.

The future is up to you and me. 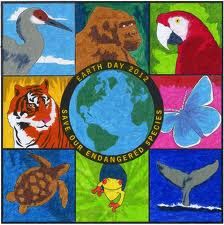 METACAM - not for use in cats

This is just a short post to alert anyone reading my blog and who isn't in my email list.  There is a VERY important post at Covered in Cat Hair.  It's something that I think everyone who has a cat and, honestly, anyone who shares their home with any critter needs to read.  Our companion animals can't ask the vet any questions about their treatment, so it is up to us to ask those questions.  If you don't understand what your vet is telling you, then let him or her know that.  The life of the animal that you love could be at stake.  This advice holds true for parents and for yourself as well.  Ask questions of your doctor, just like you would of your auto mechanic, plumber or home repair person.

Here's the link:  Ask questions - a life may in the balance

And while you are at it, check out the latest post at Vox Felina:  Apocalypse Meow

Finally, if you are so inclined, check out the political discussions at Skydancing

Thanks everyone who takes the time to follow my blog.  I really appreciate it.  And, please, feel free to comment or even ask me some questions.
Posted by Connie, Orlando at 6:47 PM No comments:

What's on Your Plate

I'm not going to lecture you, but instead am asking you to take a few minutes to watch this segment from this morning's UP with Chris Hayes.  I have to say that I never, in my wildest dreams, expected to see a roundtable discussion like this.  When I first became a vegetarian, it was in response to a documentary about the markets in South Korea.  Those markets sold live cats and dogs for FOOD!  As an American, I was appalled, disgusted and outraged.  It was enough to make me reevaluate what we, as Americans, ate.  Was it really any worse to eat the flesh of chickens, cows or pigs than to eat the flesh of dogs and cats?  Why?

Shortly after becoming a vegetarian I received a postcard in the mail, inviting me to attend a seminar called Animal Rights 101.  There was a film, narrated by Julie Christie, that showed how all kinds of animals were being exploited by humans.  That was my introduction, not only to animal rights, but to the rest of the story on circuses, "food" production, marine parks, rodeos and so on.  My eyes were opened and nothing could ever close them again.

Mainstream media, recently, has been covering some of these stories, like the "pink slime" present in ground up cow and the massive amounts of antibiotics fed to industrially raised "food" animals.  This morning, Chris Hayes and four guests discussed pink slime and how we are raising the animals destined for our plates.  Watch the video, please.


Visit msnbc.com for breaking news, world news, and news about the economy
Posted by Connie, Orlando at 1:41 PM 3 comments: