Hyperthyroidism in Cats – My Experience So Far

Recently a sister blogger posted that one of the family cats was suffering from a saddle thrombosis, which is a blood clot.  I decided to learn more about this so I, of course, Googled it.  What I found was enlightening and frightening.  Here’s the site that I went to:  http://www.web-dvm.net/saddlethrombus.html
Several years ago I lost 3 cats to hypertrophic cardiomyopathy (HCM).  First there was Cyd, a CARE cat that I had bailed out of animal services.  She succumbed within days of showing any symptoms of illness and died at the vet’s office because of a blood clot.  It was because of her that I decided to find out more about the saddle thrombosis, since I suspected that was what killed her.  Cyril, another bailed out CARE cat was next.  My regular vet was out of town for a holiday weekend and I feared Cyril would risk a painful death at home, so I chose to euthanize him.  Next was China, who again got sick suddenly.  I took her to the emergency clinic and the pain med injection ended up killing her.  She died in my arms as I was waiting for my vet to come into the office to see her.  I requested a necropsy and he determined that she, too, had HCM.  Losing so many to the same disease caused me great concern, but I wasn’t able to find any causation online.
In the last year I have had two cats, Claudia and Colt, diagnosed with hyperthyroidism.  Again, I couldn’t find a cause – something I was doing wrong – to help me prevent this in my other cats.  When Claudia went blind, the vet who treated her insisted it was unrelated.  I found out online that blindness is a common side effect of hyperthyroidism as was the plaintive wailing she would make from time to time.
Hyperthyroidism can only be diagnosed through a blood test.  Blood work generally costs between $70 and $120.00 per test per cat.  Testing all of my cats would run into thousands of dollars.  By comparison, medication is relatively inexpensive. 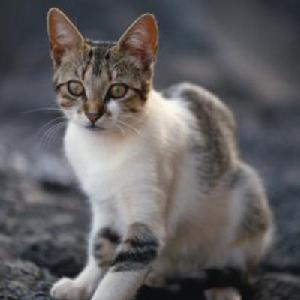 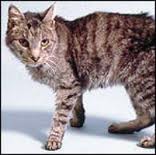 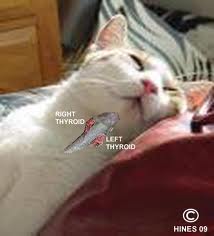 The article referenced above says that hyperthyroidism can lead to cardiac problems, which can lead to HCM, which can lead to a saddle thrombosis.  By that time, it’s too late to help your cat.  Not a single one of my vets (and there have been 3 now) ever told me any of this.  Two of those vets are cat specialists.  Wouldn’t it be logical, especially since I now have (or had) two cats with hyperthyroidism, to provide me with pertinent information about spotting it, what to look for, what other conditions might develop?  This only reinforces my disregard for the veterinary profession in general.  From the same site, here is more information about hyperthyroidism: http://www.web-dvm.net/hyperthyroidism.html.  And here's another link: http://www.fabcats.org/owners/hyperthyroidism/info.html.  And one final link:  http://www.2ndchance.info/hyperthyroid.htm
The Web has been of great use to me in helping me diagnose and treat my cats over the years.  I hope all my cat loving friends out there will, at the least, augment their knowledge through the internet.  The more we know, the better care we can take of our cats and dogs.
Posted by Connie, Orlando at 1:27 PM 11 comments: 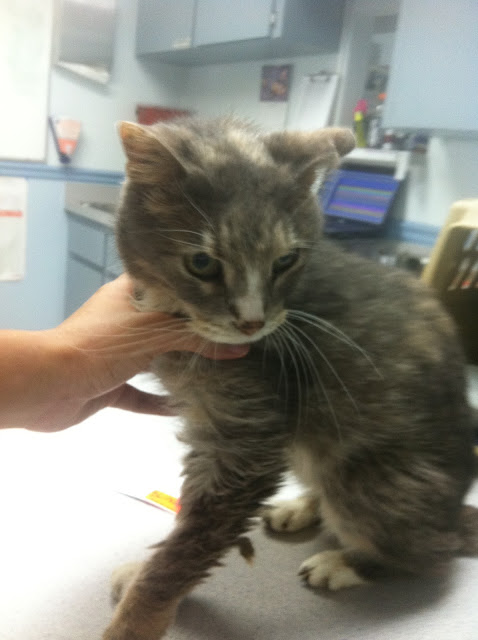 I’m glad that she had an extra 6 years off the streets and I know that I did the right thing by giving her that chance.  There are so many, many cats and kittens who never get a chance and are killed every day in shelters or on the streets.  They deserve so much better than that.  I am thankful that I was able to avoid that fate for Claudia, even for a short time.
Posted by Connie, Orlando at 1:21 AM 5 comments:

Based on previous debates and the intervening press coverage, I’ve actually been looking forward to this particular debate.  From the outset, it was obvious that the candidates had been studying, practicing and getting educated on foreign policy and national security.
Based upon the candidates’ resumes and past performances, I fully expected Herman Cain to exhibit how little he knows about the rest of the world and the United States’ place in the world.  He fielded the first question and, frankly, he surprised me.  It’s not that I think he’s not intelligent, it’s that he has continuously relied upon what he considers his sense of humor when answering questions or walked circles around those questions without providing a clear answer. While each candidate actually – much to my surprise – said some things with which I found myself agreeing, the only two candidates who made the most reasoned and responsible responses were Ron Paul and Jon Huntsman.  Huntsman, for whom it amazes me that hardcore Republicans haven’t rallied to, lost me when he stated that his economic plan was simply three words – THE RYAN PLAN.  I was so stunned that it took me nearly five minutes to realize that he meant the Paul Ryan Plan.  OMG!  Huntsman has in the past said some things that seriously bothered me, but this – THIS was beyond the pale. 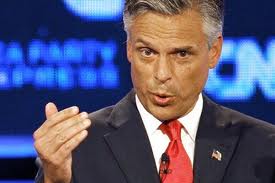 Former Governor Romney answered a question about Iran and nuclear weapons by saying he would wage war against them to prevent a nuclear program in Iran.  My follow up question to him would have been – “would you send your four sons to Iran to fight?”  This man is pro-war now, as he was during the last presidential election, yet his four sons have not done military service.  As President he would be willing to send the sons and daughters of other Americans into battle.  Why not his own?
Newt Gingrich – well, he was/is Newt Gingrich.  His arrogance and condescension were, as always, front and center.  His demeanor is part teacher, part dictator, always self-promoter whenever he has the microphone.  He is well-educated and probably the smartest person in this field, but his ego is too enormous to measure.  And I rarely agree with his version/interpretation of history, recent or otherwise. 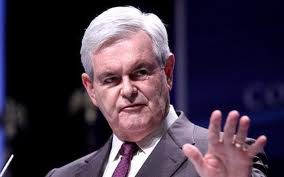 What disturbs me about all political campaigns, regardless of political party, are the promises.  One person cannot change our laws, our policies or our government.  “If I am elected” or “when I am elected”  I will do (fill in the blank).  They can try, they don’t succeed nearly all of the time.  What the voters must do is change their focus from promises and demand that candidates provide us with their honest answers to questions about their positions on issues, their values and who they really are.  A few of them have – Bachmann, Santorum and Paul.  Others tell the voters what they want to hear – Romney, Gingrich and Perry.  Cain bobs and weaves and avoids.  Huntsman is treated as an afterthought in these debates and gets little or no press coverage.
It is up to the voters to educate themselves, not only the issues that are the top priorities for them but, on all of the issues.  And it is important to look at both sides of an issue.  The side that you traditionally oppose might, possibly, have valid points that your side doesn’t discuss or take into account.  Don’t rely on sound bites.  Catch phrases rarely capture everything involved in an issue or in implementation. DIG DEEPER!
Voters also need to know on which issues the President can make a difference.  We have three branches of government so that power is not concentrated in the hands of one or only a few.  The President doesn’t MAKE laws, the Congress is charged with doing that.  The President can sign a bill into law or veto it.  So, what issues are important to you?
Although I have serious problems with President Obama, I will be voting for him once again.  The environment is my number one priority.  Some of the positions he has taken have been of concern to me.  His appointment of Ken Salazar to head the Interior Department bothers me.  Approving deep water drilling in the Gulf of Mexico and allowing a lease offshore in the Arctic are simply wrong.  However, I know that none of the Republican candidates, except possibly Huntsman, have any concerns about protecting the planet or the impact of environmental degradation on the health and well-being of Americans.  Yes, jobs and the economy are a priority, however, Republicans in general do not see the connection between working toward a sustainable, clean environment, which will provide jobs, national security and a healthier country. 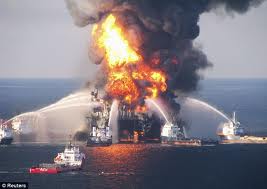 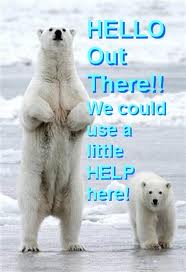 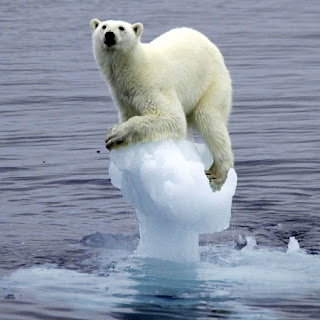 Many of the Republican candidates talk about American exceptionalism and our position as world leader.  Shouldn’t we be leading in clean energy?  Shouldn’t we be leading in preventing debilitating diseases and providing exceptional healthcare to our citizens?  Shouldn’t we be leading in helping people escape from poverty?  Shouldn’t we excel in educating our youth?  Should we continue to export our bad habits?  American exceptionalism will only return when we show we care about all Americans and giving all Americans the opportunity to be the best that each individual can be and are able to realize their full potential.  Which candidate cares more about YOU than about themselves and those who fund their race for the Presidency?  Who do you trust to look out for YOUR self-interest and success?
And, in closing, I’d like to add the following from my brilliant mentor and personal editor, Judith V:
“Because “this is America,” the majority of us think someday we will be rich, and it’s always been thus. For hundreds of years, settlers, then immigrants, came here because “getting rich was not just the right of kings.”  Well, don’t vote your aspirations – 99% of us working class people will never enter the top 1%, so why vote for people and policies that favor this very small minority and keep you working two jobs and in debt up to your eyeballs. We must always, always vote “our realities and NOT our aspirations,” otherwise we will remain indentured to that top 1%!”

Posted by Connie, Orlando at 2:15 PM No comments: