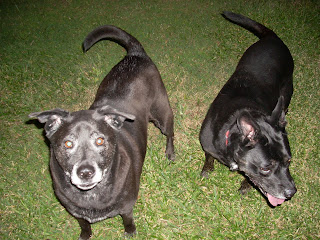 In case you were wondering, no I'm not a professional photographer.  And, of course, based on this picture, I knew you weren't wondering that.  These are THE GIRLS, AKA Celie on the left (after the character in the incredible Alice Walker's The Color Purple) and Cordelia on the right (after my least favorite Whedonverse character of Buffy and Angel fame and the only character whose name starts with a C!). 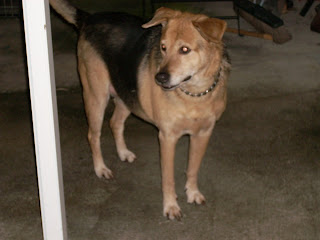 And this is Caleb, the boy of this mighty triumvirate.  Of the three, he is the sweetest.
I am a cat person, however, I didnt' discover this until the summer of 1968 when my mother let me have a Siamese kitten.  I had found the meaning of life.  My father was not a cat person, to put it nicely.  I once tried to bring a kitten home from a Girl Scout meeting and after getting one foot out of the leader's car, my dad yelled from the front door, "take that damn thing back where it came from."  This is the real reason I am a multiple cat person.  Parents, take note, forbidding cats (and maybe dogs) to your children - very bad idea.  You may be creating a Monster who will rescue animals and choose to keep many of them.  To insure your child will grow up to be normal (something we all aspire to ??), let them have a cat and a dog.  So, no cats, but I did have dogs - one at a time - growing up.  Dogs are nice, but they just aren't CATS.  There's nothing like a cat.  I firmly believe that cats are the pinnacle of evolution.  The majority of cats that I have known have been considerably smarter than nearly every human I've ever met.  I think that is evidence enough, at least for me.  And they are confident, cool and graceful.  I'm generally relatively confident but cool and graceful, not even close.  My father, who really was otherwise truly wonderful, wouldn't allow me to take ballet lessons.  Of course, that is the reason why to this day I am a licensed and certified klutz.
The actual reason for this entry was to share a dinnertime story.  Cordelia, aka Cordy, is the goofiest dog I have ever had.  Both she and Celie bark while I'm mixing up their food, as if their loud chorus will somehow make me finish faster.  Arghhh.  Barking dogs, not one of my favorite things in the world.  Personally I prefer purring or vocalizing, both done by cats.  But, I can't help but laugh at Cordelia when I head into the hallway with her bowl.  She hops, dances, leaps, jumps backwards.  I think this is because if she takes her eyes off me, her bowl will disappear and she won't be fed.  Cats would never think something that ridiculous.  So Cordy hops backwards, raising up on her hind legs and then down.  Then she performs the same goofy dance until I bend down and put her bowl on the floor.  Who wouldn't smile at the spectacle?  She's just so funny doing her dinner dance.  I'll give this one to the dogs.  Food makes them happy.  Food is the most wonderful thing in the world.  Food is a reason for excitement.  All the while, Caleb waits patiently in the other room.  Of course, when the dogs have finished eating then it's time for more excitement.  Why?  Because now they get to lick the cat dishes.  Ah, the joy of the dinnertime ritual.
Posted by Connie, Orlando at 8:48 PM No comments:

Email ThisBlogThis!Share to TwitterShare to FacebookShare to Pinterest
Labels: dogs

How about fostering a rescued cat?

Do you live in the Central Florida area? Are you a cat person? Have you ever considered being a cat/kitten foster parent? There are lots of opportunities to help cats/kittens that are in need of homes, without adding another cat to your household permanently.


Rescue groups and shelters are always in need of caring people who will temporarily house cats and/or kittens to help get them ready for adoption. Fostering can last a few days to a few months. Fostering gives these animals a chance to interact with people and other animals, get used to living in a loving home environment, or get through a convalescence period. Most rescue groups are struggling to find homes for all of the cats and kittens they rescue from kill shelters, abandoned or from our streets. Kitten season is just around the corner as well. Spring is when most intact/unfixed female cats have their kittens and shelters and rescue groups will be overflowing with mother cats and kittens.

I recently heard from Candy Sullivan of Candy’s Cats (http://candyscats.rescuegroups.org/) about their Fostering 101 program. The veterinarians at Park Avenue Animal Hospital (http://www.parkavenuevets.com/) give an annual orientation for Candy’s Cats (CCI) foster parents. Those attending get the basics of caring for their foster cats. CCI then follows up with another session at a volunteer’s home. The protocols are reviewed to make sure everyone is comfortable with how to handle any situation that may arise. You will have the information you need to succeed, and a great support system if you need advice.  If you’re interested in fostering, check out Candy’s Cats’ website and contact them at candyscats@aol.com to get set up with their fostering program.

If you aren’t able to volunteer or foster, at least SPAY or NEUTER your companion animals. It is better for their health. Over four million homeless animals are killed in U.S. shelters each year. You can find low cost spay/neuter services in your area at http://www.lovethatcat.com/spayneuter.html .
Posted by Connie, Orlando at 9:53 AM No comments:

Wednesday was my 60th birthday.  I am not big on celebrating birthdays, the reason for which I'm not going into now.  The night before, Clark wouldn't eat his dinner.  I knew something was up because he is normally a total pest when I start dishing out everyone's dinner - dogs first, then the cats.  His head was in the bowl before the food.  He couldn't wait for the can opener to get the top off of the can.  But Tuesday night was different.  He sat docilely on the floor.

Clark had not been well for nearly a year.  His blood tests didn't reveal any specific underlying problem, and since April of last year he had held his own.  Occasionally I would have to give him fluids, but lately as long as I ran the water in the sink, he would drink his fill.  Only about 2 weeks earlier I had finally purchased an electric drinking fountain for him, in the hopes of saving on my water bill.  He tried it a couple of times and then went back to waiting for me to turn on the faucet.  I capitulated.  Now he stopped drinking as well.

I took Wednesday off from work, hoping to jump start his appetite by giving him fluids and force feeding him.  He objected to both and found a secret hiding place for most of the day.  By late in the evening I knew it was time to let him go.  Even when he was eating more food than most of the other cats, it was obvious he was losing weight.  By Thursday morning he looked too thin and fragile.

I took him to the vet at 9 on Thursday morning.  Choosing euthanasia, which I've had to do many more times than anyone I know, is never easy.  I tried to back out when my vet came into the room.  He took one look at Clark and said it was obvious he was in liver failure.  Whatever life saving attempts we would make would only be very, very short term.  Clark, a nearly 12 year old cat, weighed only 4 pounds at the time of his death.  Yet to the end, his fascination for sinks and running water remained.  Just before the vet had entered the room, Clark had jumped from the examination table to the trashcan and then into the sink.  After discussing our options, I decided that it was time to let him go.

I found Clark one spring morning as I was returning from dropping off 5 feral kittens for spay/neuter surgeries.  I was nearly home, driving down a busy 4 lane road when I saw a small kitten happily meandering across the road.  He seemed delighted with his surroundings, oblivious to the imminent dangers of his sojourn.  Another woman had stopped as well, and pleaded with me to take him because she had a Rottweiler at home and couldn't possible take in a kitten.  Little did she know that I had 4 dogs of my own and a house full of cats.  I took him with me, OF COURSE!  For the short ride home, he was climbing on me and purring up a storm.  I had never, and have never to this day, seen a friendlier more loving kitten.    Compared to the rest of him, his ears were enormous.  All of my critters' names begin with a C, so he became Clark, named after Clark Gable (big ears! and handsome).

Clark loved to sleep across my neck, with his head by one of my ears.....purring loudly.  Within days after I brought the 5 kittens home, I found out that their sister had died unexpectedly.  I had gotten her fixed about a week earlier and returned her to where she had been trapped.  I was relatively new to trap-neuter-return of feral cats and thought these kittens were too old to socialize.  And then one of the kittens from the same litter became sick.  Apparently the sister who had died and at least one of the kittens (who is named Chaz) had contracted Calicivirus.  Chaz recovered, but his sister Charlise, one of my adult cats - Catherine, and Clark came down with it.  All three were hospitalized, and Clark was the last one to come home.  The staff at the clinic, along with myself, were concerned he wouldn't pull through.  But he did, which delighted all of us.  His charming, lovable personality had won over everyone at the clinic.  In the span of a few months, I had managed to save his little life twice.

I have had and currently have many cats.  Before Clark, two of my males (Casey - the world's greatest living being and Carson - the epitome of CAT) had a habit of jumping into my arms or onto to my shoulder from the floor or some perch.  Clark developed this same habit.  And he wouldn't take no for an answer.  If I turned my back, he'd just jump on my back.  If I left the room, he'd follow me and find a way to leap into my arms.  He didn't ask to be picked up, he took matters into his own paws.  Of the three, he was the champion.  He could jump (fly?) at least 6 feet through the air.  Near the end, his jumps stopped.  Maybe that should have been my first clue.

In my experience, it's never easy to lose a beloved companion animal.  Each one is special in their own way, and some are more special than others.  Each will be missed, some more than others.  The hardest part, for me, is dinner time.  Having to put out one less dish.  Now, not having to struggle to get the food into the dishes is when I miss Clark the most.  Old habits are difficult to break and although his insistence at dinner time was aggravating most of the time, it is now what I miss the most.  Although I miss him, I would have missed so much more if I hadn't stopped and picked him up that day nearly 12 years ago.
Posted by Connie, Orlando at 9:16 PM 6 comments: