Surgery a no-go once again

Just a quick update on the state of my "wound."  I saw the plastic surgeon again today.  Three weeks since I last saw him & a course of Cipro and nearly 10 days of 2 different IV antibiotics, administered at home by me later.  Wound looks good, but still not ready for surgery.  Apparently there's still too much dead tissue.  WTF??  Anyway, I go back in 2 weeks.  Hopefully I can get the infectious disease doctor to talk directly to the plastic surgeon and get this damn show on the road.  It's getting old.  I'm really ready to find someone willing to chop the damn thing off so I can get back to my life.
Posted by Connie, Orlando at 5:38 PM No comments:

Email ThisBlogThis!Share to TwitterShare to FacebookShare to Pinterest
Labels: illness

Well, I haven’t checked in lately, even though I’m still home and haven’t yet returned to work. A little cyst has turned into a really big deal. The doctor decided, when I left the hospital, not to put me on any antibiotics although I had a HUGE wound area. For you ladies with smaller breasts: BE GRATEFUL! It is really a blessing.

I developed both a yeast infection and pseudomonas. I was put on a topical antibiotic, gentomycin, and mycolog. They worked for a while and then the pseudomonas came back with a vengeance. Next round of antibiotics was Cipro pills for 5 days. It started working, but the doctor decided to keep me off anything else for a week. The next culture turned up MRSA, pseudomonas and strep. Now I’m on IV antibiotics (2 of them) which I administer myself. It’s actually pretty cool. The meds are in little round balls, like small grenades. I just have to hook them up to my IV and let them run their course. The good news is that they are working.

I see the plastic surgeon on Wednesday and hopefully the area will be ready for skin grafts. This all began on August 12 and I am actually looking forward to more surgery. I want my life back, even though it wasn’t all that exciting to begin with. Like my cats, I am not a creature who relishes change. I like routines, I like things to be planned/scheduled in advance, I like to know just what to expect, what’s around the next corner. And I want to be able to sleep with my cats again. I miss the snuggles. As it is now, I have to be extremely careful when I pick them up and they sit on my lap so they don’t inadvertently scratch my wound area. And I miss going to work.

With the daily hyperbaric treatments, I’m gone from 9 – 2 or even later if I run errands while I’m out. I don’t have much energy, so even laundry and litterboxes wear me out. Cooking isn’t even an option most days, so I’m still relying on microwave meals. I still don’t have the time or the energy to tackle all the things I could never get to when I was working. Then on the weekends, the home health care nurse comes in to change my bandage. It’s the only time that I can actually SHOWER! The rest of the week I can only take “sponge” baths because I’m not able to dress the wound myself. All in all, this has been a frustrating experience.

Chaz has malignant tumors in his ears, which are inoperable. He is still hanging in there and eating, but not as much as I would like. He has started grooming himself again, which is a positive sign that he is feeling somewhat better. It’s only a matter of time, but that’s the case with each of our critters. Their lives are way too short, regardless of how long they live. 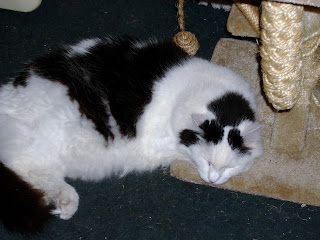 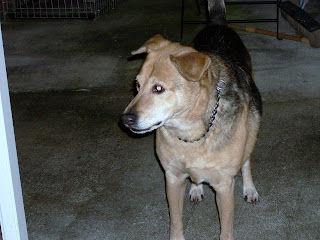 Caleb, my oldest dog, also has had an ear infection and has been a nightmare to medicate. My friend, Barb, has been coming over to hold him for me so that I could put the meds in his ears. Caleb is normally the most docile dog ever, but he bucks and squirms and snaps when we try to get the meds in his ears. It’s never fun nor easy to treat sick critters, but when you are sick yourself, it is even worse.
Hopefully all of this will be over very soon and I can pull out my soapbox once again and start railing against the evils which exist in this world. I’ve missed commenting on this crazy election season and just leave the room when the bombardment of political ads comes on the television. I am so sick of them and how our political system works. While I think serious character flaws need to be exposed and become public knowledge, the candidates should be talking about issues that affect the everyday lives of people. Of course, the primary reason they don’t is because most of them don’t give a damn. They just want to get elected and then serve their Masters, the corporations who funded their campaigns. If only the electorate would simply FOLLOW THE MONEY, maybe we would have better people in Congress and other elected offices. But politicians win when the electorate is under educated, which is why the U.S. educational system is underfunded and falling apart. We’ve become a nation of sound bites and witty retorts to gather our information, instead of looking behind the curtain (there ain’t no Wizard of Oz). No single person can solve the problems our nation and our world are facing. We’re all in this together and the boat is sinking. Grab a bucket and start bailing, folks or we’re going to sink. It’s up to each and every one of us to save the world.
Posted by Connie, Orlando at 8:13 AM 2 comments: