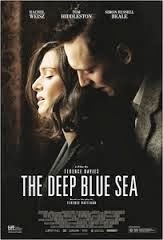 I watched The Deep Blue Sea online this morning.  It is a love story, or more the story of a woman searching for love, based upon the Terence Rattigan play from the 1950s.  The film stars Rachel Weisz, Simon Russell Beale and, wait for it………………...……...………. . TOM HIDDLESTON.

I recently saw a comment, on one of the Tumblr blogs (dedicated, of course, to Tom) that I follow, by someone who hated the film.  I have no idea how old she is, but I’m certain she’s much younger than me.  Having been born in 1950 and growing up in that time period, I felt the film captured the old-fashioned mindset and morals of that time.  I actually really enjoyed the film, if for no other reason than it was from a woman’s point of view.  How often does that happen, even now, about 60 years later?  The film is about the Rachel Weisz character, who felt out of step with convention and her father’s, a vicar, opinion of the role of women.  The two men in her life didn’t or couldn’t or wouldn’t try to understand her.  Although, personally I think Tom’s character did a much better job than did Simon, as Rachel’s husband.

I had already watched the youtube video of Tom’s interview for this film and was intrigued by his description of the characters and the film itself.  Here’s the link.   I think what intrigues me most about Tom is how much thought he gives to his character, whomever he is portraying.  He is a serious actor, even in the Marvel movies he has made.  He climbs into the skin of his character and brings that character to life.  He brings a humanity to each of them, even when he is at his most villainous in The Avengers.  All too often, for me at least, characters in films or television shows are, at best, two dimensional.  I want to understand the characters myself.  What makes them behave a certain way or why they respond the way they do.  I give this film, The Deep Blue Sea, 5 stars.  If you have Netflix, Hulu Plus or some other online movie subscription, have a look and let me know what YOU think of the film. 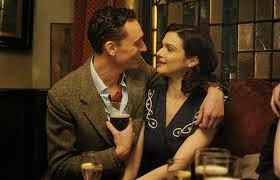 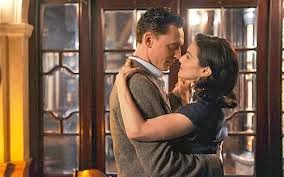